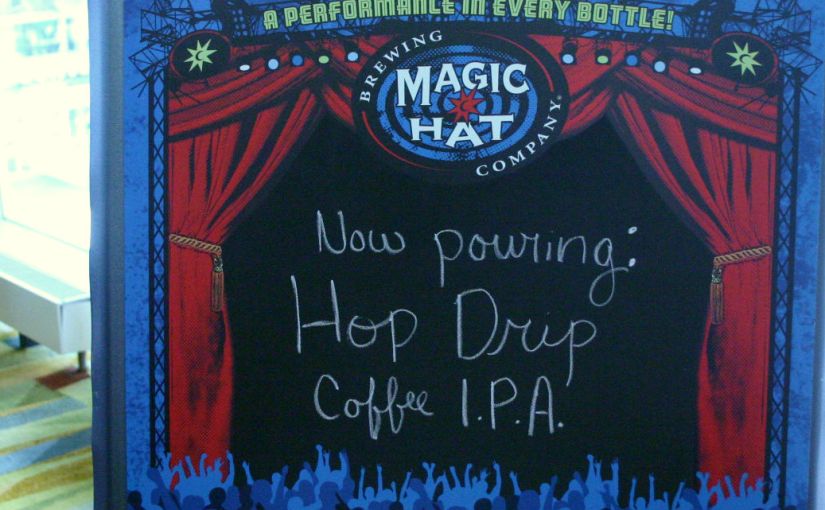 During Great American Beer Festival, all kinds of new beers were debuted. One of them was Magic Hat’s newest creation, Hop Drip IPA. The brewery invited me to the morning release to try out the new coffee-infused IPA along with some donuts. I’m sure I’ve had a coffee IPA before, but none of their names seem to come to mind. Hop Drip on the other hand, is a name I won’t forget. When I think of coffee and beer, my mind usually goes right to porters and stouts – never an IPA. Hop Drip is brewed with coffee from Speeder and Earl’s – a coffee shop that is down the street from the brewery and fuels brewers like Ross Thompson on a daily basis. Now that I’ve officially tried a coffee infused IPA (that I can remember), I can proudly say that I’m a fan. You’d think that hops and coffee would be overwhelmingly bitter, but that wasn’t the case. Hop Drip was actually quite refreshing, including the flavors of the roasted coffee beans without adding to much bite. It also happened to be perfect way to start day 2 of GABF.

During the event, Lead Brewer Ross Thompson traveled around the crowd to speak about the beer. Of course, I did the exact opposite: talked about other people’s beer. We ended up brainstorming what breweries he absolutely had to visit while he was in town. These included River North, Crooked Stave, and Great Divide, among others. After speaking with Ross, I can tell you that he is a great dude who makes great beer. If you don’t believe me, go check out Hop Drip IPA. 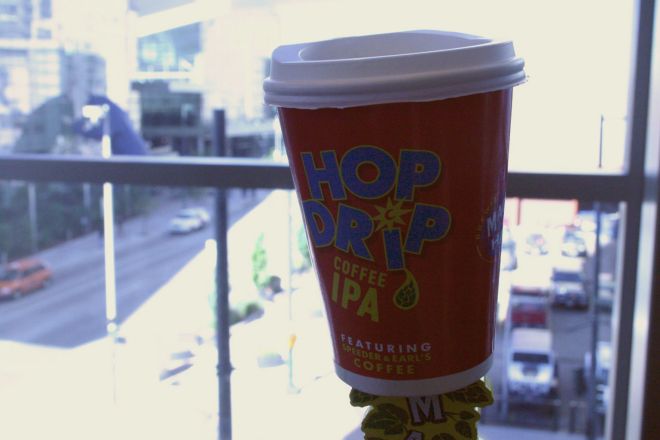 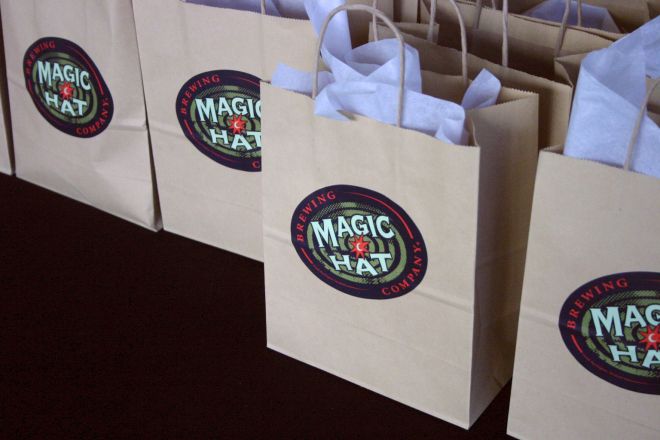